(Based on 79 Client Reviews)

Before finding John Buchmiller & Associates I really thought my divorce would take forever, it took less than 6 months. Jane and all the other associates stay on top of everyth... read more

I was looking for an attorney to represent me in my fight for joint custody of my son. I found John Buchmiller and associates. Attorney Jacob Brown help me to understand my rights ... read more 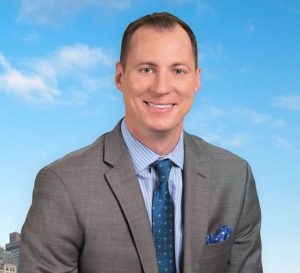 John Buchmiller attended Southern Illinois University in Carbondale, Illinois for his undergraduate degree in Political Science, and attended Thomas M. Cooley Law School in Lansing, Michigan to obtain his Juris Doctor. Upon passing the bar exam and entering into the practice of law, John Buchmiller initially started a firm that helped homeowners who were in Foreclosure save their homes. He did this by restructuring the Homeowner’s current mortgage with the lender bringing their loan current. While practicing Foreclosure Defense and Loan Modifications, he noticed that several of his clients also had problems with their home life. He therefore decided to expand his practice to include family law, so he could get solid citizens out of unfortunate situations. 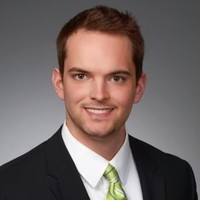 Brendan Davis attended Miami University in Oxford, Ohio for his undergraduate degree in Political Science and attended Loyola University Chicago School of Law for his Juris Doctor. Brendan brings extensive consumer law experience to the firm after getting his start in a national consumer bankruptcy law firm. He now takes great pride in applying his skills to family law so he can help secure and protect his clients’ futures. He has helped hundreds of clients over the years and believes everyone should have access to high quality, efficient, and affordable legal representation. 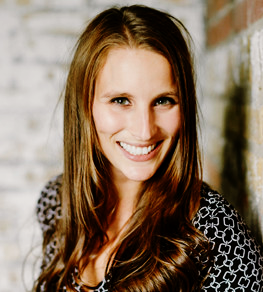 Angela Graduated from the Jonn Marshall Law School in December of 2018 and began her law career with John Buchmiller & Associates, LLC after passing the February Bar Exam. Her enthusiasm for swift and fair divorce proceedings has led to many peaceful divorce reports and she continues to strive for successful negotiations as a result of effective communication. 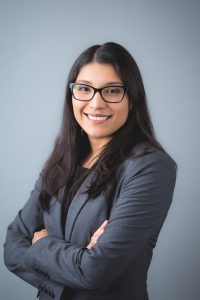 Evelyn started her work in family law early in law school. She served as a Judicial Law Clerk for Honorable Judge Raul Vega in the Cook County Domestic Relations Division. After that, she gained invaluable experience working as a Law Clerk for several family law firms throughout Chicago. After being admitted to the Illinois Bar, Evelyn worked in unemployment administrative law for a couple years, serving several nonprofit employers throughout the State of Illinois.

Evelyn’s experiences make her aware of the unique psychological and emotional stresses family law issues can produce. She also recognizes the importance of not only serving as a lawyer but also as a trusted counselor to her clients. She strives to make the process as painless as possible while being a fierce advocate for her clients. 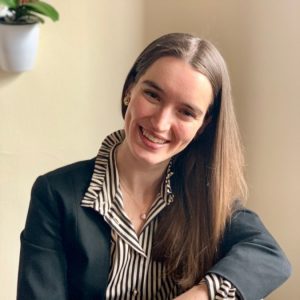 Elizabeth joined the firm as a law clerk in 2018 and received an immersive education in the world of family law and immigration. This background has given her a holistic experience on how to manage sensitive family issues while meeting client expectations and goals. In 2019, she was sworn as a licensed attorney and immediately put her knowledge and experience to work. She has already handled several divorce and parentage cases from initial filing to settlement. Simultaneously, her immigration experience has led to visa, green card and citizenship approvals.

Elizabeth received her bachelor’s degree in History and International Studies from Loyola University Chicago. From there, she went on to receive her Juris Doctorate from John Marshall Law School. During law School she spent her three years working in the student run International Human Rights Clinic. There she helped attain asylum status for Syrians fleeing the Assad regime. Working with Syrian asylum seekers, taught her how to be a strong voice for clients who are often voiceless.

In Elizabeth’s free time she enjoys travelling to new places, hiking, and anything animal related.

Born and raised in Chicago, Kalima Swain was admitted to practice law in the State of Illinois in 2019. Kalima received her Bachelor’s Degree in Legal Studies with minors in Philosophy and Criminal Justice from the University of Illinois at Springfield in 2016
and her Juris Doctor from The John Marshall Law School in 2019.

During her time at The John Marshall Law School, Kalima acted as a 711 Licensed Student Attorney for The John Marshall Law School Family Law and Domestic Violence Clinic where she received the Top Grade Award for her representation of domestic violence survivors. Kalima worked on a broad range of family law matters including, but not limited to: Dissolution of Marriage, Child Support, Orders of Protection, and Allocation of Parental Responsibilities. Kalima is an active member of the Black Women Lawyers’ Association, the Chicago Bar Association, and the Cook County Bar Association.

Jacob Brown attended The Ohio State University where he received a bachelor’s degree in Art History with a minor in Business Administration. He enrolled in Law School at the UIC John Marshall Law School in Chicago. While at John Marshall Jacob represented clients through the John Marshall Fair Housing Legal Clinic and at Chicago Volunteer Legal Clinic as a student attorney helping clients navigate housing and foreclosure related issues.

After graduating Law School, Jacob worked for a consulting company contracted with the Chicago Housing Authority. He also spent several years at a large bankruptcy firm providing access to justice for many clients who would have been otherwise unable to afford quality legal representation.

Jacob brings his deep background in helping consumers achieve the results they want from the legal process to John Buchmiller & Associates. He believes that all clients are entitled to high quality and affordable legal representation to resolve their issues. Nowhere can this be more important than the sensitive area of family law, where Jacob prides himself in delivering results and meeting client expectations.

Christopher Zarek received both his bachelor’s degree and law degree from
Loyola University of Chicago. During law school he worked at Loyola’s Low
Income Tax Clinic and clerked for several different firms ranging from
workers’ compensation to civil litigation, as well as an internship with
the Illinois Department of Revenue. Coming out of law school, he further
developed his experience in tax law and estates, wills, and trusts, and
eventually earned his Tax Law Certificate.

Now practicing exclusively family law, Christopher utilizes his
knowledge of tax and estates to develop and assist clients going through a
divorce. Christopher strives to focus on client needs, effective
communication, and ensuring his clients are fully aware of their options.
He believes that keeping his client informed with an open line of
communication is the best way to navigate them through a stressful period
of their life.

(Based on 79 Client Reviews)

It was nice & pleasure working with her .

I had an experience with Elizabith Mavec she was professional and she knows her job very well , she helped me a lot and she answered all my questions and explained everything ! ... read more

Can’t wait to be a divorcée by JBA!

If you have any questions or comments please fill out the following form and one of our representatives will contact you as soon as possible.